As part of their efforts to empower staff members across a broad spectrum of industries, as well as a wide variety of functions and roles, Microsoft has recently added increased capabilities to their Microsoft Teams application. By increasing the features and capabilities within the app, Microsoft hopes to create a seamless, easy to use environment where team members can communicate and interact with other project members. By increasing communication between staff members, companies can expect higher levels of productivity and efficiency within their group projects.

Of course, in order to ensure projects are managed as efficiently as possible, it’s important to keep track of the individuals participating in the project itself. With Microsoft Teams, team member schedules are easily created, monitored and adjusted as the need arises, so everyone involved stays informed of the status of their team co-members, as well as keeping track of their own schedule.

In addition, the Microsoft Teams software also provides a mechanism in which administrators can oversee and monitor the projects to ensure both the team members and the tools within the projects are operating as effectively and efficiently as possible.

Microsoft Teams offers several mechanisms which project members can use to communicate with each other including: text, image capturing and uploading, video conferencing, file sharing, and voice interaction. Project members can decide which communication mechanism best suits their needs at the time. For example — enjoying the flexibility of having a private chat about an Excel spreadsheet with one team member, followed later by uploading a photo of a warehouse issue and sending it to a supervisor for review. Whether team members are down the hall or across the city in a different building, Microsoft’s Teams application allows staff to immediately address issues rather than waiting until they get back to their desk or their employer’s physical location.

Microsoft also decided to rebrand their Skype room systems into Microsoft Team Rooms. With Team Rooms, project coordinators can create, schedule and invite team members for group meetings, no matter where they are throughout the globe. Regardless of physical location, individual staff members can all meet together in a Team Room, and collaborate and share with each other through both video and voice.

If you would like to know more about additional communication and collaboration features offered through Microsoft Teams, please contact us! Self-Driving Vehicles? Not for Another 10 Years A Beginner’s Guide to Office 365 Tip of the Week: Selecting the Right Productivity Suite Backup and Disaster Recovery: How Storing Data to a Cloud Can Benefit You How to Prevent Data Leakage with Microsoft Data Loss Prevention What is Data Privacy’s Status Going Into 2021? 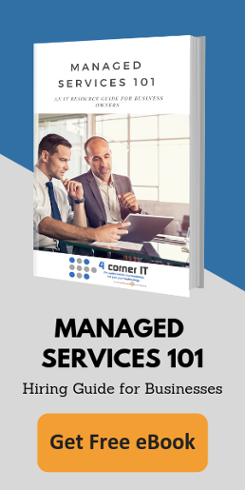 Fill out the form below and a member of our team will contact you within 10 minutes. (Mon-Fri 8am-6pm EST)